Quote from Ratty in Kenneth Grahame's, The Wind in the Willows
“Believe me, my young friend, there is nothing - absolutely nothing - half so much worth doing as simply messing about in boats.”

The photographs below were submitted in February 2018 by Steve Morgan, the owner of Admiral VII. You can get a much larger view by clicking on any of the four photos below. He has been working on her for seven years and still has to finish the forward bathroom and the midships shower room. Steve has also been asked by the Broom Owners Club if he would write an article about the boat for their magazine. If you have any further information about Admiral VII please let me know via the contact form. Many thanks. 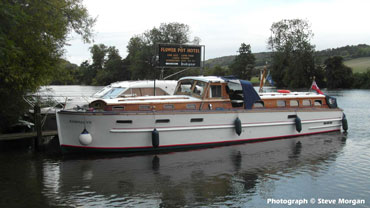 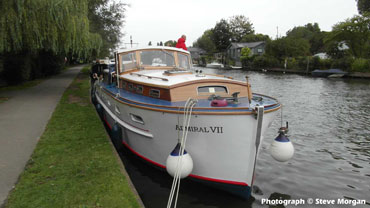 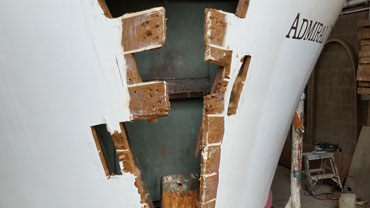 The owner of this former Norfolk Broads cruiser has a brochure from 1976 and a launch catalogue from David Burton who actually worked on the building of Admiral 5.

The pictures on this web page were taken in June and August 2004. As the owner says "They may jog a few memories , and we hope to get some feedback and more history. There must be hundreds if not thousands of photos of her taken by holiday makers over her 37 years as a hire cruiser" 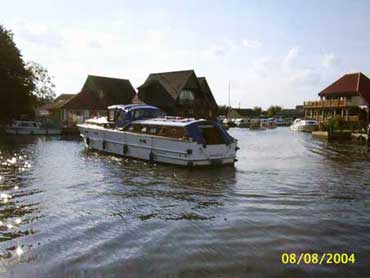 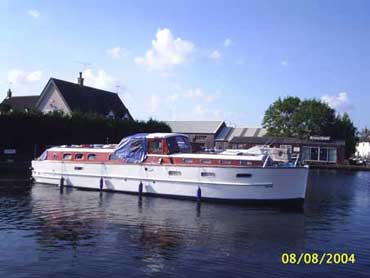 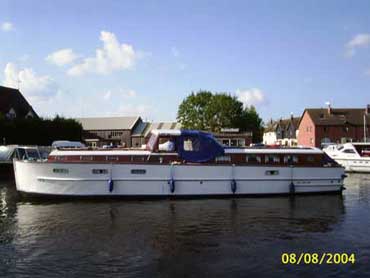 The owner of Admiral 5 met up with Admiral 6 a few years ago and found her to be "just magnificent and an absolute credit to Tim and his wife who have renovated her to better than new condition." Admiral 5 is still being worked on, as are other boats featured on this website. 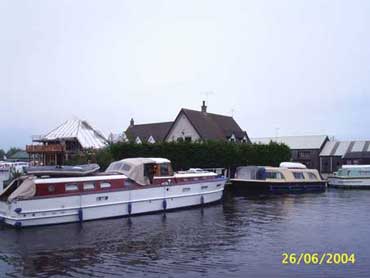 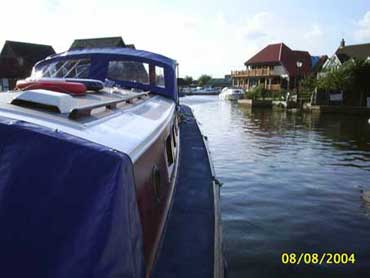 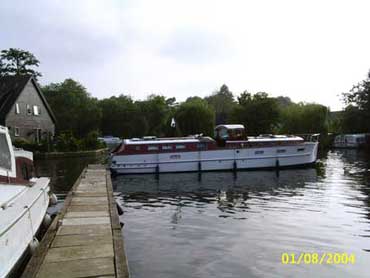 The owner of Admiral 5 met up with Admiral 6 a few years ago and found her to be "just magnificent and an absolute credit to Tim and his wife who have renovated her to better than new condition." Admiral 5 is still being worked on, as are other boats featured on this website.

Site visitor Sarah Keen had this to say about the Admiral -

"I have just seen the entry for Admiral 5. Whilst on holiday on the Broads in 1976 (on board a hired Elysian 27) the steering cable broke whilst rounding a bend near Wroxham Broad. We were drifting rather helplessly in the middle of the River when Admiral 5 hove into view; the hirers were a lovely family who very sweetly took us in tow back to Wroxham. The Elysian is quite a heavy GRP cruiser and it can't have been easy to have us towing astern (along with their traditional clinker sailing dinghy !) It might have been easier to have us 'breasted up' for them. She was varnished at that time and looked beautiful.

My parents owned a Windboat which we kept on the Thames, on moorings at Thames Ditton, and I know my father would have loved the opportunity to own one of the Admirals. A Thames hire fleet (Maid Line) based at Thames Ditton had one in their fleet - but she was of the earlier type without the small aft cockpit and was called 'Maid Marguerita'.

I had my own boat on the Broads in the mid 80s (I was very lucky as an Aunt had left me some money, I had only just left college, and I bought an Elysian 27 of my own with the legacy !) I would often see the Admirals, and Brooms always maintained them so well. I remember chatting to someone at their yard who told me that the 'later' Admirals were built in the late 50s- early 60s.

Out of interest, I think one of the later Admirals went to the Fens (Admiral 7 ?)"

In December 2009 website visitor John Connolly wrote - "I owned the one that went to the Fens. She was called La Boheme and I had great plans to renovate and live on her. I bought her in Cambridgeshire in 2000. Sadly, work needed was just too much for me and had to sell her. Thought she might be broken up but I think she is now for sale, having been totally restored. What a boat she must be now. The second of the three remaining was also in Cambridge, moored on the Cam."

Message from the webmaster - If anyone has any further information about La Boheme, please let me know and I'll contact John directly.

60% of Internet traffic is now on mobile devices (2017). In the months ahead I hope to convert the most viewed pages of this this web site to a 'mobile friendly' format. If they do not display correctly, please let me know.

Copyright © 2001 Beautiful Britain - All Rights Reserved (Images are for free for personal, non-commercial use on your device only. It is not permitted to modify, publish, or upload these images, or to create direct links to them from your own web space.)